The outsourcing of IT services can include software development, the operation of servers or a specific application (e.g. Web server), or other tasks.

IT outsourcing is not new, and yet there are very few users who are fully familiar with all the advantages and disadvantages that it can bring.


Relevant technical papers from pliXos on IT outsourcing

Outsourcing Yearbook 2013 - A view from Germany 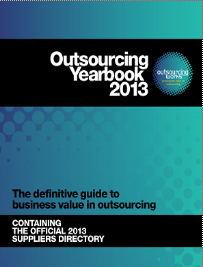 
An Overview on the status quo, trends and hot topics in Germany as seen by Prof. Dr. Wolfgang Fritzemeyer and Dr. Jörg Stimmer, board members of the European Outsourcing Association Germany e.V. (page 52).

Outsourcing Yearbook 2011 - A Focus on Germany 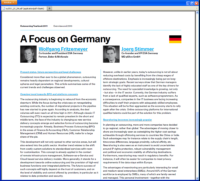 An Overview on the Outsourcing trends in Germany as seen by Prof. Dr. Wolfgang Fritzemeyer und Dr. Jörg Stimmer, board members of the European Outsourcing Association Germany e.V. (page 37).

What Do Standards Have to Do With Nearshore Vendor Management? 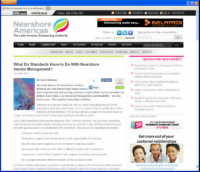 Peopleware - the Human Parameter as the Critical Success Factor of Outsourcing 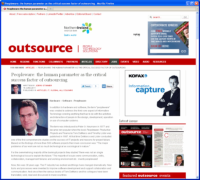 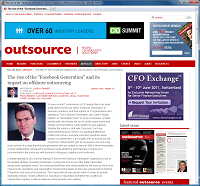 At many recent IT conferences or CIO events there has been great interest in the rise of the “Facebook Generation” in business positions, and their impact on IT organisations and operations. This new generation will expect to use major internet based media platforms like chat, wiki, Facebook, and YouTube to communicate and collaborate in business the same way as with private friends.

Benchmarking of IT Outsourcing on an operational level 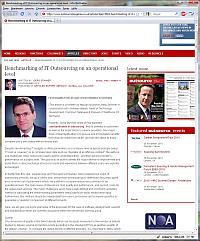 
ZDespite benchmarking IT budgets or other parameters on a company level (a typical example being “IT cost vs. revenue”) or to compare basic data such as “dayrates of an offshore contract”, challenges are described when outsourcing users want to understand their - and their service provider’s - performance on a project level. The goal is to be able to identify the major drivers for improvement and tackle them. A direct exchange of lessons learnt and experience between different users are explicitly encouraged.
article 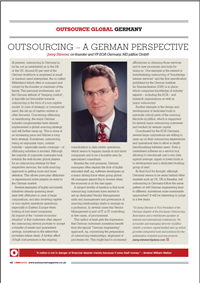 At present, outsourcing in Germany is not nearly as established as in the UK or the US. Around 60 per cent of the German workforce is employed in small or medium sized enterprises, these are the so called Mittelstand, which are often managed and owned by the founder or members of their family. This personal involvement, and the German attitude of "keeping control", are typically not conducive to outsourcing .


Send us an email to receive the full article - This email address is being protected from spambots. You need JavaScript enabled to view it.

Global Sourcing 2.0 - Automation and Standardisation (industrialization) in offshore/nearshore IT Services 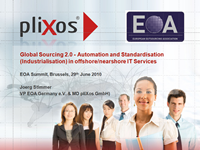 IT Outsourcing - project success, even with increasing legal regulation? 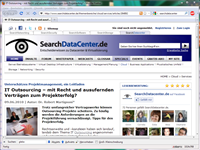 
Despite extensive contract work, outsourcing projects can still fail. Too often the needs of project management are neglected. Tips for project success. 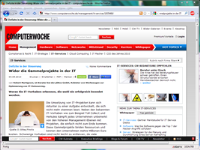 
The implementation of IT projects can sometimes develop into a task that can no longer be completed. Besides well-known IT projects such as Toll Collect, and Hercules every company fights, unnoticed by higher management, with projects that simply will not come to closure.

IT services from India: Successful "offshoring" opportunities and risk avoidance 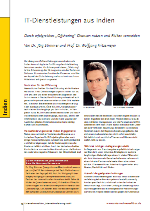 The sourcing of IT services from countries like India can be considered a logical continuation of the division of labour. One focus of "offshoring" is the development, maintenance and testing of software. Formerly the domain of international corporations, this aspect of globalization is being used more and more by small and medium-size enterprises for their success.